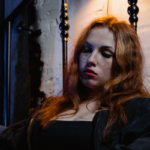 Does Video Game Addiction Cause Depression? 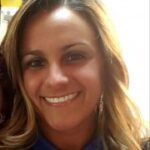 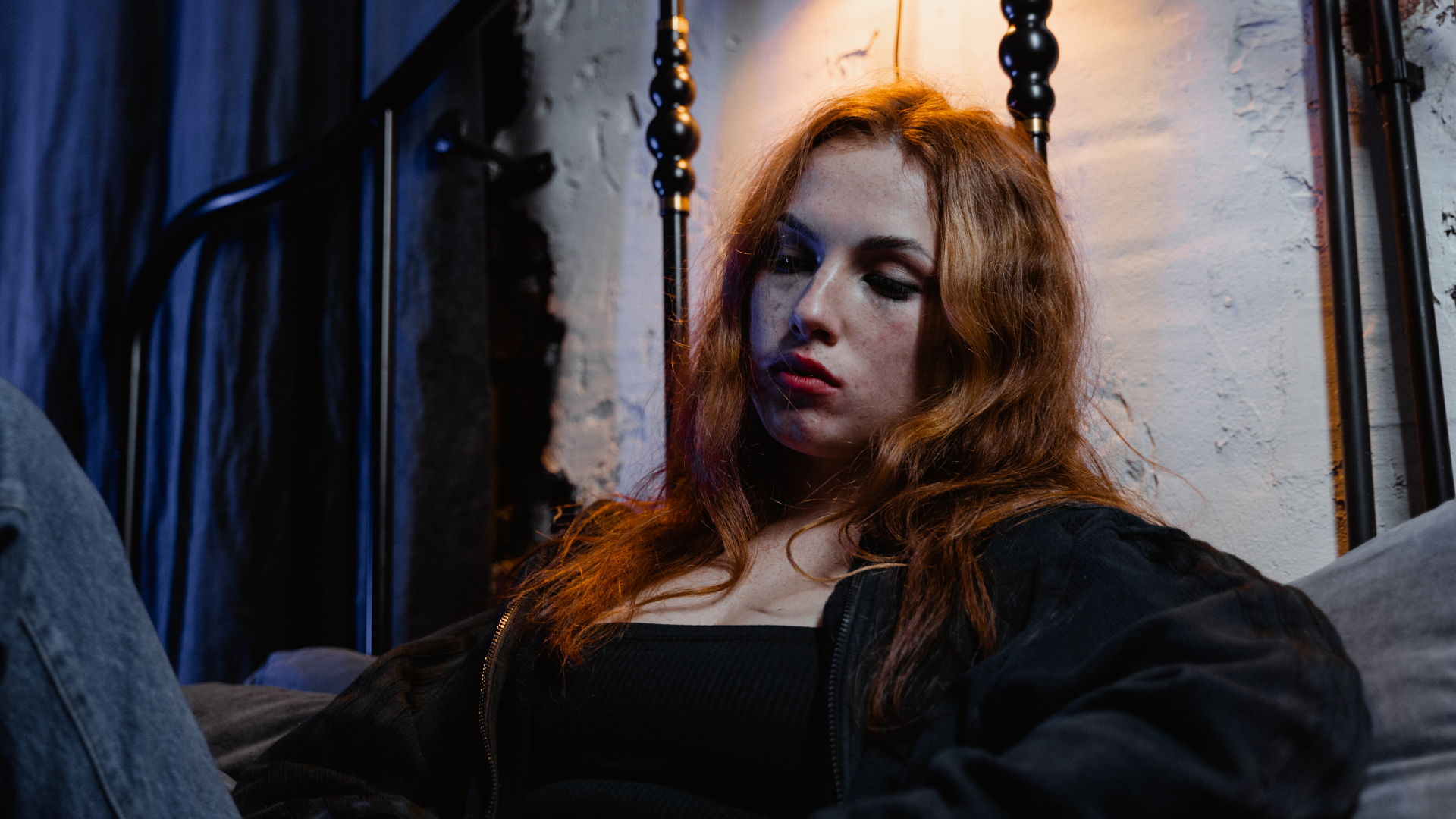 According to the WHO (World Health Organization), depression is the most common mental health disorder, affecting nearly 4% of the world’s population. Common symptoms include anxiety, irritability, insomnia, lack of focus, and fluctuations in weight. There’s no one cause of depression and symptoms can come and go, varying in intensity.

In an effort to ease these symptoms, many people look for activities, therapies, and medication that evoke a sense of happiness and relaxation. One such activity is playing video games. Video games are entertaining and cater to your brain’s reward system. But the relationship between depression and video games is complicated.

Here we’ll take a closer look at both scenarios but start by examining the dynamics of video game addiction and then dive deeper into whether or not a compulsion to play can lead to dangerous and debilitating depression.

What is Video Game Addiction?

The Relationship Between Gaming and Depression

What is Video Game Addiction? 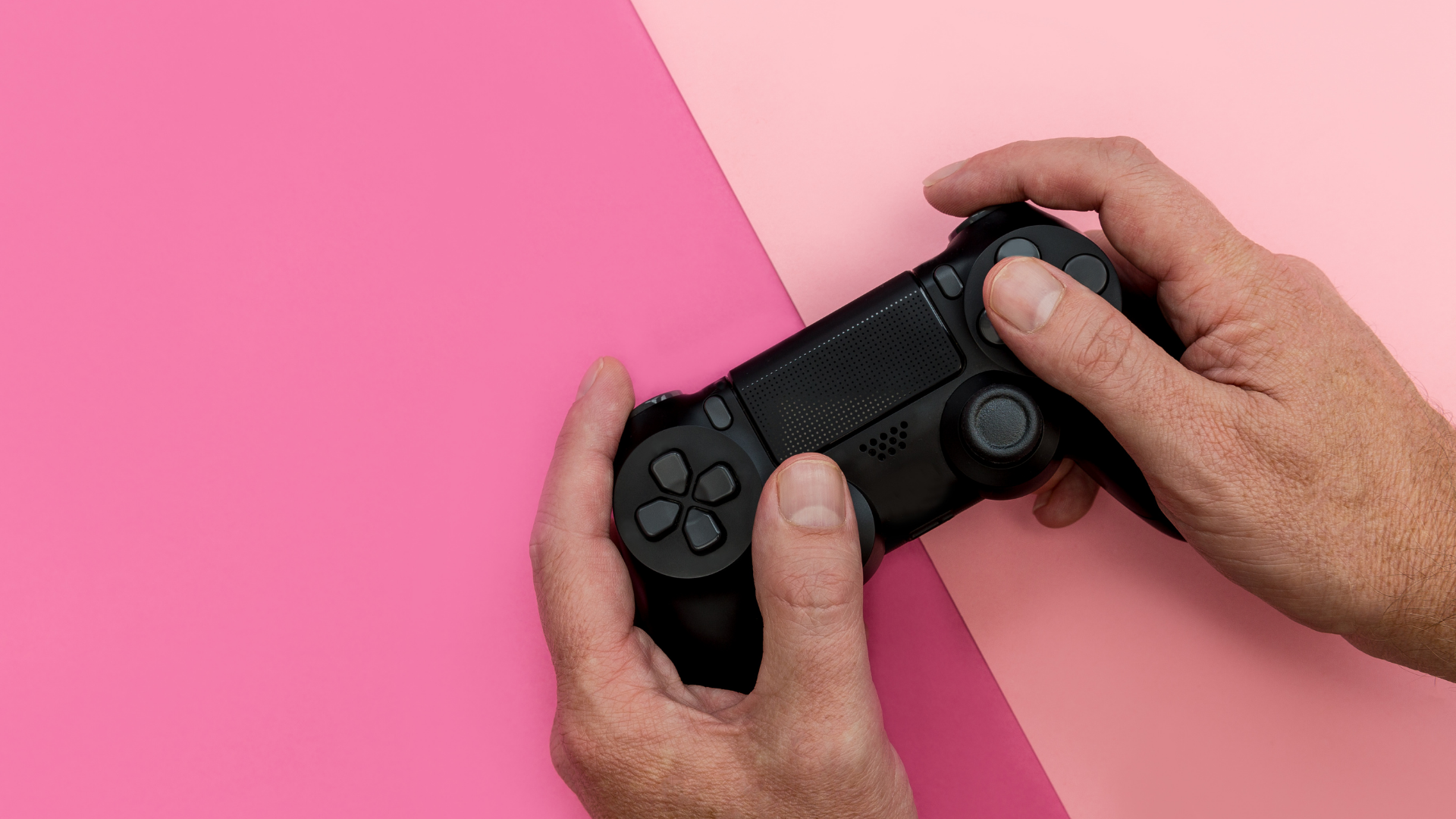 Video game addiction is a behavioral addiction marked by an uncontrolled compulsion to play. This obsession negatively impacts a person’s ability to perform productively in everyday life. Side effects include damaged personal relationships, financial trouble, inability to meet work demands and responsibilities, and deteriorating physical health. Over time, many video game addicts start isolating themselves from the outside world which can cause feelings of sadness, loneliness, and hopelessness.

The WHO has also weighed in on what video game addiction is and if it meets the requirements as a diagnosable mental health disorder. In 2019, the World Health Organization added gaming disorder to the 11th version of the ICD-11 (International Statistical Classification of Diseases and Related Health Problems. The WHO describes gaming addiction as a pattern of persistent or recurrent gaming behavior so severe it takes precedence over other life interests. Gaming addicts continue to play, and even escalate their playing activity, despite any negative consequences.

A gaming addiction diagnosis is made only when these behavior patterns are severe enough to significantly impact a person’s personal, social, occupational, educational, and family life. Symptoms must also present themselves for a certain period of time — approximately 12 months.

The American Psychiatric Association also acknowledges Internet Gaming Disorder in their DSM-5 (Diagnostic and Statistical Manual of Mental Disorders). This manual is used by mental health professionals to diagnose and treat certain medical disorders. Similar to the WHO’s diagnosis of gaming addiction, the DSM-5 notes that in order for a patient to be diagnosed with Internet Gaming Addiction, gaming must cause significant impairment or stress to a person’s life. Symptoms include preoccupation with gaming, withdrawal symptoms when gaming is eliminated, loss of interest in other activities, mood swings, the need to play more to satisfy the urge, and lying to friends and family.

Gaming addiction looks different for everyone and research into its causes and severity is ongoing. 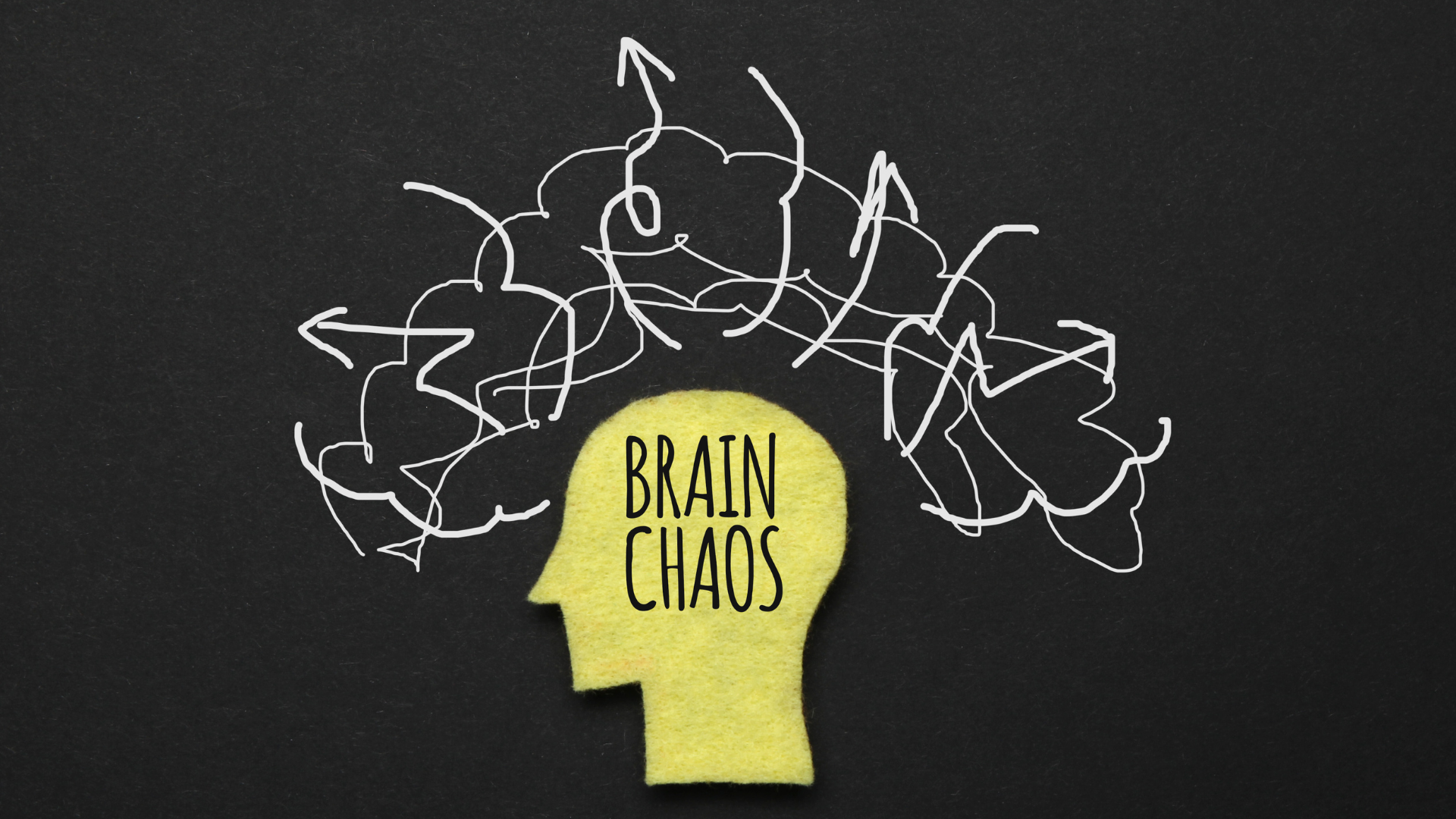 The most common depressive symptoms among video game addicts include anxiety, low self-esteem, and isolation.

Video game addiction can cause anxiety for several reasons, with the most common being the inability to play. When gaming addicts (or any addict, for that matter) loses access to their substance of choice, it can cause extreme stress. Feelings of panic, including a racing heart, irritability, and distress are all common withdrawal symptoms associated with gaming addiction.

Anxiety over performance in video games is also common. Failing to complete a mission, losing a match or battle, or not achieving goals and benchmarks can create extreme anxiety in gaming addicts. This is especially true since many gamers associated their self-worth and success with the accomplishments they make during gameplay.

As previously mentioned, many video game addicts associate their self-worth and accomplishments with how they perform in video games. When things are going well and they’re winning, things are good. But if a gaming addict hits a rough patch, fails several missions in a row, or can’t solve a specific problem, they may start feeling bad about themselves.

As video games consume a person’s life, other obligations and responsibilities often fall to the wayside. The inability to perform at work, complete school assignments, or be an active participant in a romantic relationship can all take their toll on a gaming addict’s self-confidence and self-worth. Gamers might start feeling useless or unworthy of love and success. These negative feelings can quickly spiral into severe depression.

Video game addiction is a very isolating condition. Some gamers spend countless hours in front of their screens with nothing more than their gaming controller and a headset. Without the interaction of socialization, gaming addicts start to feel lonely and disconnected from the outside world.

Another symptom of video game addiction is losing interest in activities and hobbies you once enjoyed. This includes spending time with friends and family. Declining invitations to get togethers and parties or going days without seeing anyone can create feelings of sadness, worthlessness, and depression. Some gamers combat these feelings by playing MMO (mass multiplayer online) games that offer chat rooms and a sense of community. But ultimately, these interactions don’t replace real-life relationships and emotional connections. 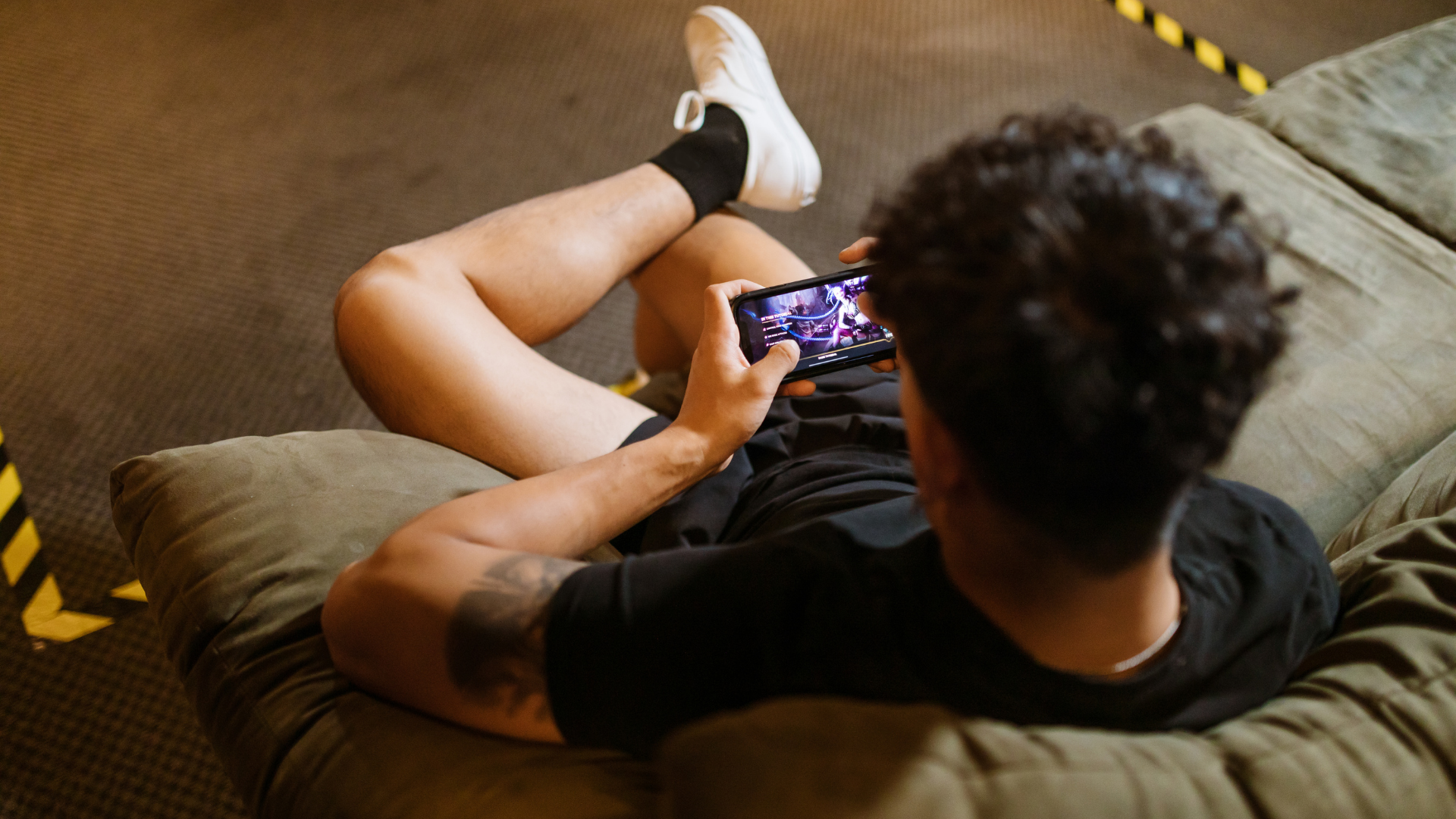 The rising popularity of mobile games makes indulging in game play easier, and more addictive, than ever. Over 5.25 billion people worldwide have a smartphone and nearly 90% of all gamers are playing on mobile devices.

A 2019 study reported that mobile gaming addiction accounts for 10% of variance depression. This same study found that mobile gaming addiction is associated with not only depression but loneliness and social anxiety. Mobile games are especially appealing since most are free to download. Getting started is easy and cheap. Most mobile apps offer simple concepts that even the most novice gamer can understand and become addicted to. Mobile games are also infamous for requiring microtransactions to continue playing. This is one reason many mobile gaming addicts also find themselves in financial trouble, which may also trigger depression.

Instant gratification is another reason mobile games are so addicting. There’s no need to plug in a console or computer and you can play anywhere, anytime. Even if it’s just for a few minutes, mobile gamers can continually feed their addiction with little need for a break or intervention. Constant gameplay leads to dopamine exhaustion. When your brain and body are accustomed to receiving high levels of stimulation and pleasure on a regular basis, lack of stimulation can cause feelings of distress, anxiety, and even anger. In addition, gamers experiencing dopamine exhaustion may find it difficult to enjoy other activities, as nothing stands up to the satisfaction and rush they receive from playing their favorite mobile game.

The portability, accessibility, and immediacy of mobile game apps increases the risk for addictive behavior patterns and the development of mental health disorders, including depression.

The Relationship Between Gaming and Depression 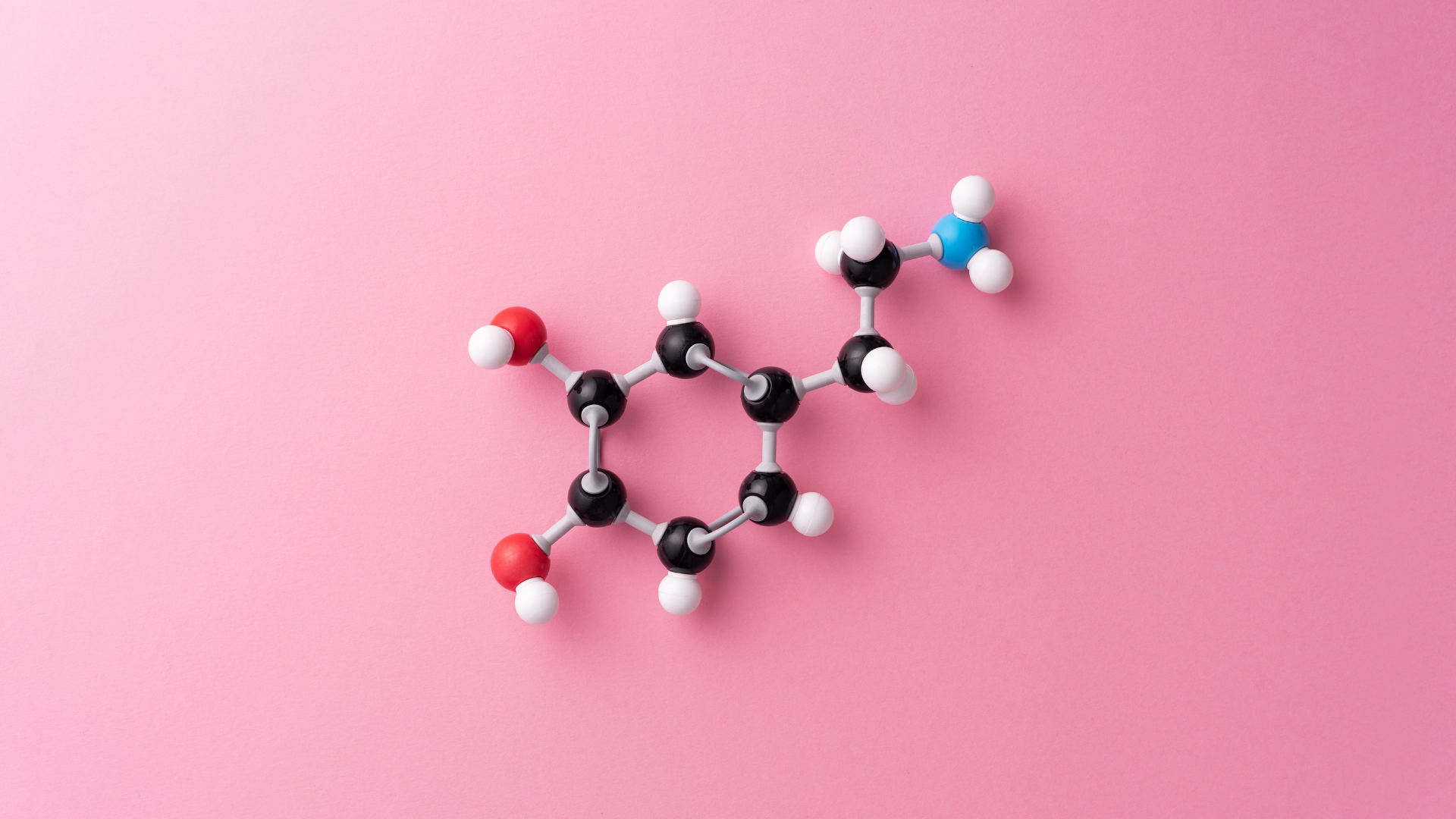 We’ve already covered some of the connections between gaming and depression, including how excess gaming may cause depression. But certain researchers argue that individuals with a previously diagnosed depressive disorder are at greater risk of developing an addiction to video games. Why is this?

On its own, depression is a very serious and powerful mental health disorder that causes a variety of side effects — mental, emotional, and physical. In an effort to ease these unpleasant feelings, some depressed individuals turn to gaming as a release for their emotional turmoil. We already mentioned that playing video games delivers a surge of dopamine in the brain. Dopamine is a neurotransmitter responsible for pleasure. Depressed individuals are at higher risk of developing a dopamine addiction as they become dependent on the stimulus (video games) to elicit feelings of happiness. Eventually, gaming addicts need to play for longer periods of time to achieve that same level of pleasure, creating an addiction.

Another psychological pattern known as the Triumph circuit is also appealing to depressed individuals who suffer from low self-esteem. Your body’s Triumph circuit controls positive feelings associated with overcoming a challenge. Gaming addicts feel successful and accomplished through gameplay. Unfortunately, these same individuals struggle to find motivation or inspiration in other areas of their life and associate success strictly with in-game achievements.

People suffering from depression often battle a wide range of negative emotions. Video games suppress these emotions, which is one reason they’re so appealing. The problem is, long-term use can lead to Alexithymia, a condition that makes it difficult for a person to identify their emotions. The inability to process and identify feelings can make depression symptoms worse and cause serious symptoms to go unnoticed. 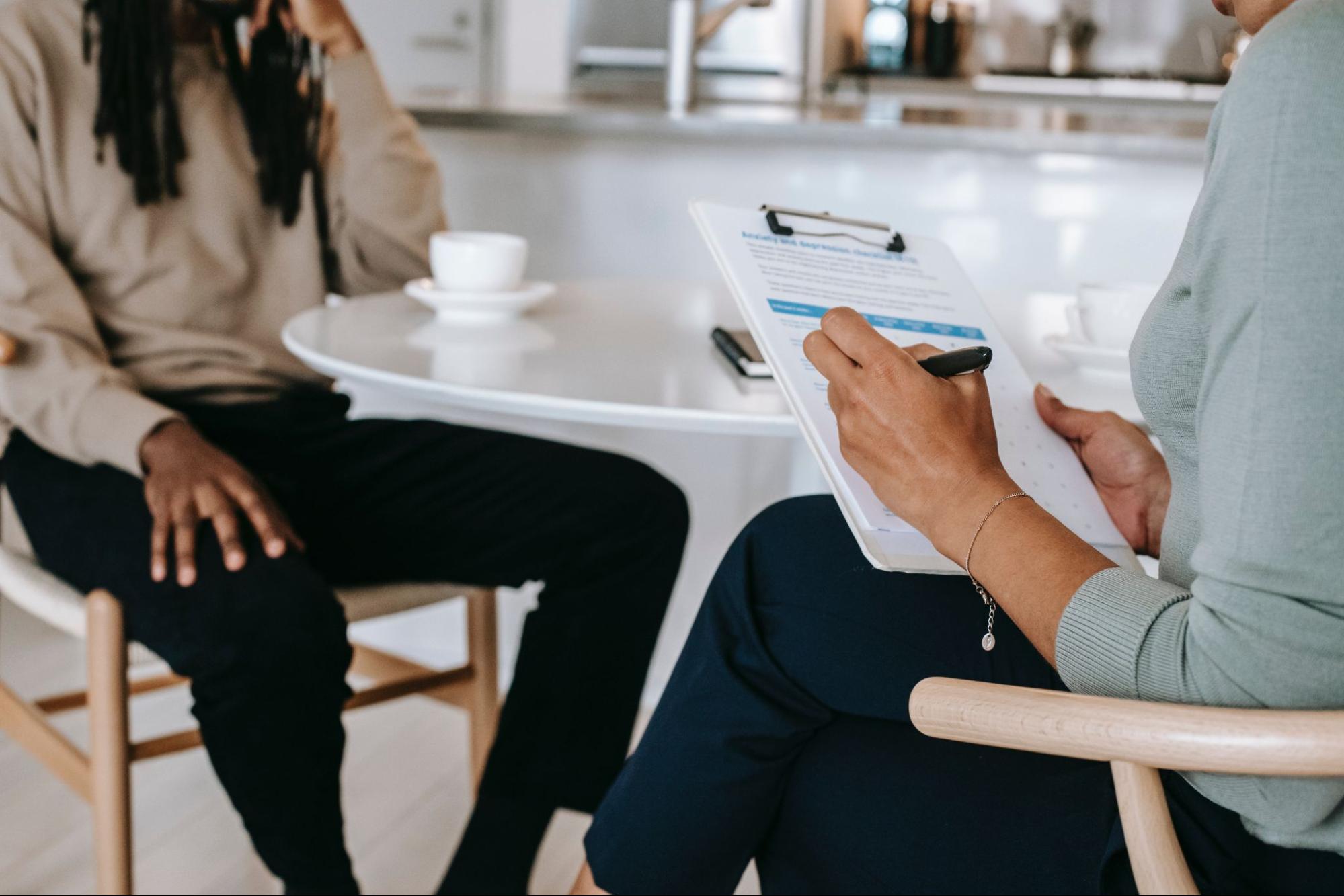 Detox isn’t just for substance abuse. Many video game addiction programs include a detox as part of the recovery process. Gamers are asked to commit to either 30, 60, or 90 days without playing video games of any kind. This includes mobile games and apps.

Video game addicts are encouraged to keep a trigger journal as part of the detox process to document where, when, and why they feel the urge to play. This will help identify triggers in the future. If you relapse during your detox, you should start back from day one. While this may sound daunting, chances are, you’ve learned a lot about yourself and your addiction, which will support future success.

Support groups are a popular and effective resource for addicts of all kinds. These groups offer a certain sense of comradery for video game addicts. Knowing that you’re not alone in your struggle is a humbling and hopeful feeling. There are both online and in-person support groups available where gaming addicts can meet and share their experiences with others. This sense of belonging not only helps addicts feel less intimidated but it may also ease feelings of isolation and low self-esteem, acting as a tool for treating certain depression symptoms.

There are countless forms of therapy to help treat both depression and all forms of addiction. If support groups or group therapy sessions don’t appeal to you, you can work one-on-one with a licensed therapist to help treat your video game addiction. Cognitive behavioral therapy (CBT) and acceptance and commitment therapy (ACT) are two commonly used approaches for treating behavioral addiction. These techniques involve identifying and controlling negative thoughts and feelings. By doing so, gaming addicts can also help control their urge to play and adopt more positive thoughts and feelings about themselves, boosting confidence. 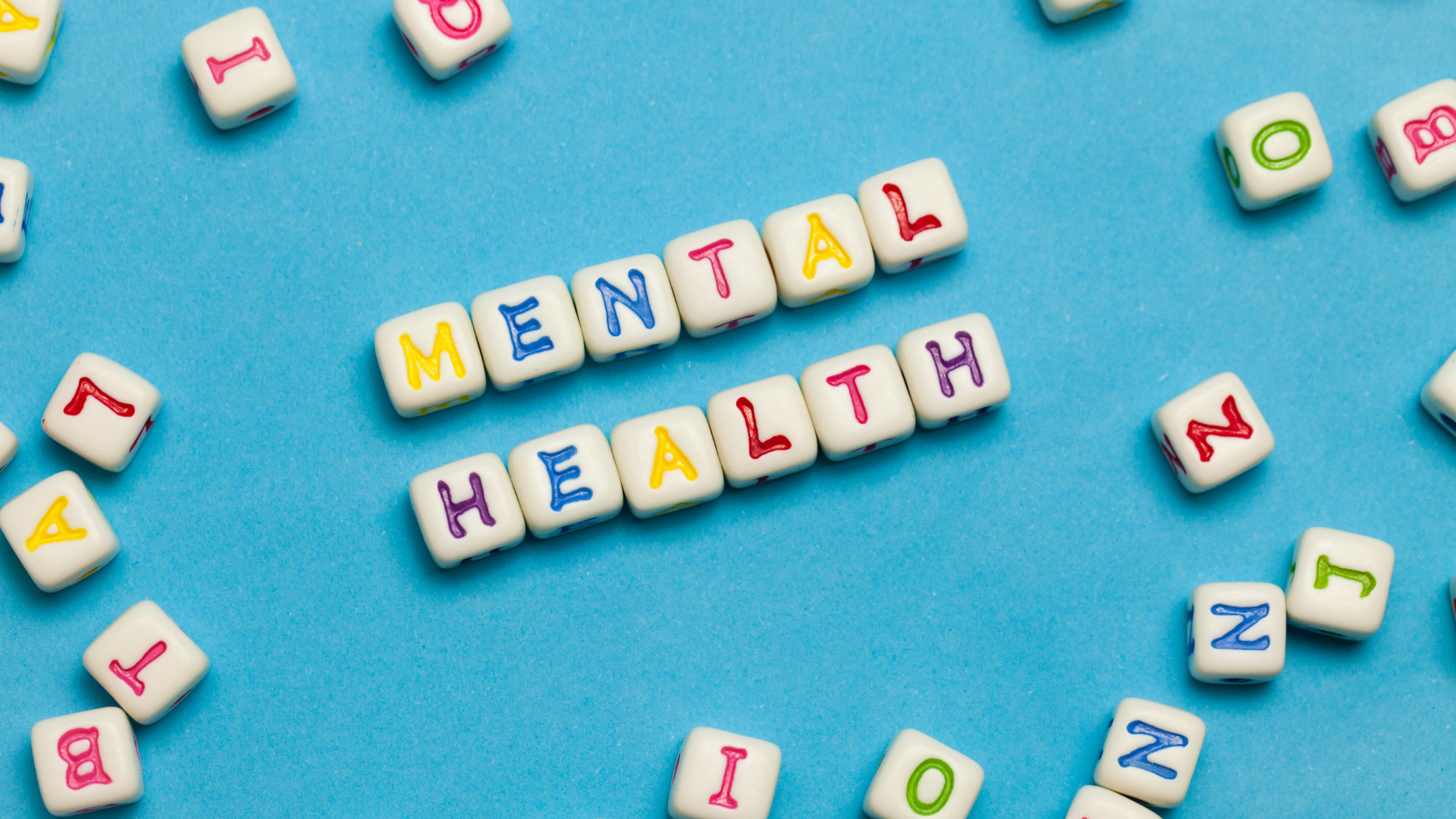 The most important part about identifying and treating these conditions is to be aware of the warning signs and symptoms and being honest with yourself. Do you suffer from depression and recently realized that your only interest is video games? Or perhaps you once played video games as a hobby but now it consumes every waking moment, so much so that you’re losing friends and compromising your job?

By being honest about your triggers and tendencies, you can find help for your video game addiction and prevent depression symptoms from worsening.

Treatments for video game addiction can be more variable than other addictions..

There is no one definitive cause of video game addiction. However, there are..

Addiction doesn’t discriminate. It can affect anyone at any time and for..