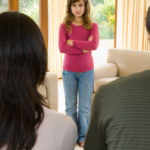 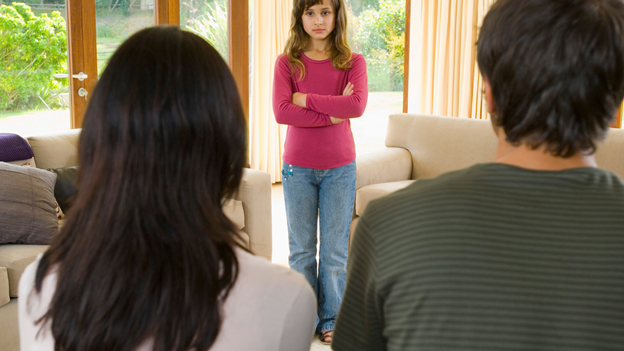 How to Treat Your Addiction and Improve Relationships

In any household with children who play video games excessively, you can bet that there will be many arguments, frustration and tantrums about their gaming habits. As they get older the idea of responsibility usually starts to develop but video games are notorious for hindering this. Hence there is no real age where they can be a hundred percent safe from video game addiction.

The younger generation are being born into technology and often before they have developed all of their motor skills they can navigate their way around an iPad. When young children are exposed to video games, the stimulation it can provide them with usually leads to it being the favourite toy in the house by far. Therefore it spells trouble when we try to take it away from them.

For a young child video games provide mental stimulation in the form of challenges and constant rewards for accomplishing them in a way that is far more engaging than schoolwork.

It’s no wonder schools attempt to make educational games but they never seem to be as gratifying. Young children cannot explain what video games do for them mentally and why they find them so engaging and thus the miscommunication begins.

Being a parent with limited knowledge or experience with video games can make it hard to empathise with your child’s affinity for video games. Even though parents view it as a waste of time and it may well be affecting their grades in school, children who become addicted to video games will let it take over their life.

At this point, it’s common sense that you should make them cut down on playing but this is where the conflict arises. When you take video games away from your child they begin to see you as the mean tyrant punishing them for no reason. When in fact you have their health and wellbeing at heart. Over time, your child can begin to fear losing video games as a punishment and act out. Their tantrums will require actual disciplinary intervention and the cycle continues causing lots of friction in the relationship.

Teenagers tend to be more understanding about why video games are bad for them. However, if their addiction has been allowed to develop from early childhood then they may be more defensive about their unhealthy relationship with video games.

For many teenagers, this is when they start to grow socially and experience what it is to be their own person and form their own social circles. This can be a scary and difficult period for many teenagers especially those who are shy or have social anxiety. Online video games can serve as a safe haven where they can meet and interact with their friends through the safety barrier of the internet.

While this is important in a teenagers life this social dependence can lead to video game addiction. Which will mean that they begin to prioritize video games friends over their real-life friends. Face to face actions become obsolete and meeting up over communication apps become the norm. The negative effects of video game addiction on social skills are serious as this will limit their ability to successfully communicate with others in the real world.

It’s clear to see that when a parent attempts to take video games away from an addicted teenager they can feel isolated and secluded. This can be a difficult position for a teenager with limited social skills and no friends. It has been known to exacerbate depressive symptoms in young boys and girls.

Most parents think that gaming is a phase in the teenage years and sometimes this can be true. But for those who are genuinely addicted to video games, the effects can move on through to adulthood.

Video game addiction can be developed at any age but one that has been reinforced through childhood into adulthood can be very problematic. Video games do a great job at immersing us and suppressing negative emotions. Hence why many people use them to escape the stress from work, feelings of sadness and anxiety.

If their gaming habits have not been addressed by their parents early on there will be a fundamental lack of understanding in the relationship. Hence they will find it difficult to communicate their feelings towards others about their gaming habits. Rather than relying on family and friends to help them through hard times, they turn to video games. 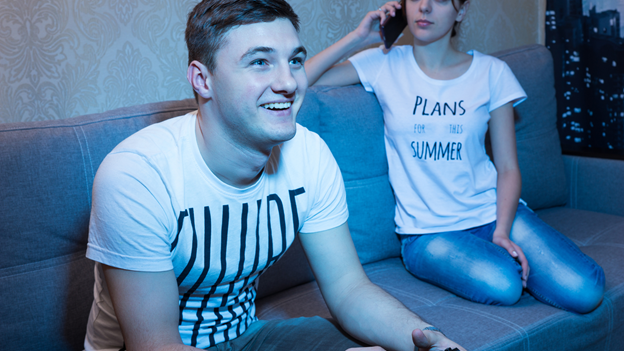 There have been many stories in the news of breakups and divorces because of partners neglecting one another due to video games, but the addiction side of things is often overlooked.

Video game addiction causes problems between couples when the individual who is not addicted cannot influence a change in their partner’s destructive behaviour. When an addicted gamer begins to neglect and ignore their partner the usual response is to reach out and address the gaming issue. When confronted about their addiction it can cause the gamer to get defensive and retreat further into their vice. As an attempt to preserve peace both parties will avoid this topic but it will likely cause resentment. The couple begins ignoring what is causing the rift in their relationship and it will eventually, like it has on many occasions, result in divorce and separation. 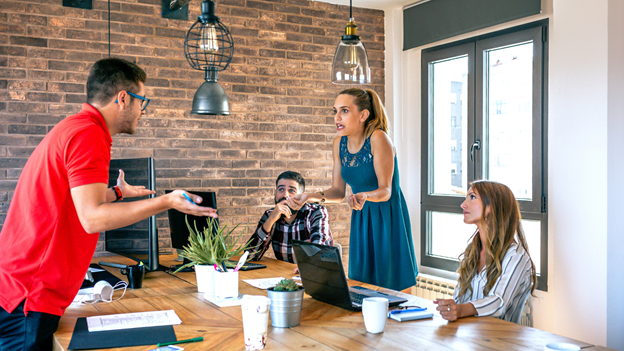 With video game addiction in adults and how it affects their personal relationships such as friends and family, shows a lot of similarities to what happens in teenagers and young adults. The major difference is that as an adult there are more social expectations and responsibilities, which can be hard to live up to if they have been or are being obstructed by gaming.

Adults who are addicted to video games aren’t always shy or anxious individuals. Even socially confident gamers show negative effects of video game addiction. For instance, an adult addicted to video games can find themselves prioritising gaming with friends online rather than meeting up with real-life friends. They can often lose track of time and immerse themselves so deeply that they forget birthdays, anniversaries and other important responsibilities.

Studies have shown that gaming addiction also impacts professional relationships. Video game addiction in the workplace has been shown to increase the likelihood of abusive supervision and bullying within these relationships. The data was collected from South Korea, a country that is struggling with video game addiction to the point where it is being considered a national health crisis.

Ultimately the damage and dysfunction within relationships overall can be attributed to the preoccupation of time and energy invested into gaming that should be spent on other facets of life. The World Health Organisation explains that one of the major symptoms they use to diagnose video game addiction is damage to social, family and professional relationships over a 12 month period.

How to Treat Your Addiction and Improve Relationships 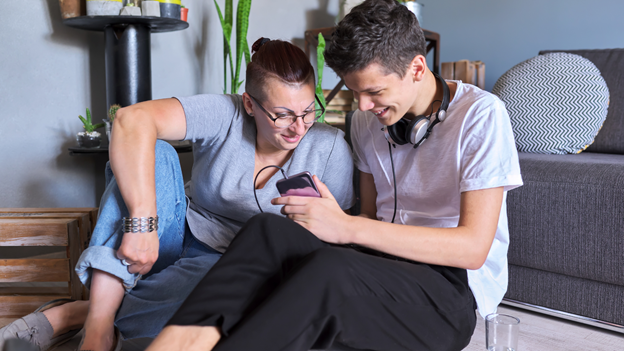 As a parent, helping a child overcome video game addiction usually entails being patient and trying to understand why they play so much video games. Have a talk with them and try to establish, are they bored at home? Are they having trouble with friends or bullies at school? Do they want to learn something new and engaging?

With this new information in mind, we have to make sure that we are on their side when making them cut down on video games. We advise that you do not take video games away completely as this is not necessary for young kids. The social stimulation and enjoyment they get from video games have their time and place. The goal is to make a change in their relationship with gaming, to see it as a luxury and not a necessity.

Explain to your child that video games are causing problems in their life. Poor grades, bad behaviour and neglecting family is unacceptable in the long run. For however much time spent playing video games we remove, we need to replace it with healthier alternatives. If they are having trouble with friends and bullies consider scheduling playdates with other kids of similar ages. If they are bored at home, get them out of the house more with extracurricular clubs like a sport of their choice. If they are lacking stimulation and want to learn something engaging try suggesting an instrument of their choice.

As their guardian being part of their journey can be powerful so considering joining them on one of their new endeavours and providing the opportunity for a bonding experience. Things like cooking or drawing together are fun and easy activities.

Adults dealing with video game addiction have to work harder at overcoming their addiction and improving their relationships as they need to want to make the change themselves. Healthy decisions are not usually imposed on them by their parent or guardian like children have.

For the adult themselves, we recommend taking a 90-day detox from video games. This time away from video games will be extremely beneficial for the addicted brain to make a full recovery. Over time gaming will have tampered with the levels of dopamine and our sensitivity to it. Many people often feel a reduction in addictive symptoms after this detoxification process is over.

Cutting out video games will be difficult as cravings will get in the way of your detox. Hence we also recommend that you practice Acceptance and Commitment Therapy (ACT) exercises. These exercises work on relating to thoughts and feelings in a way that makes them more flexible so that we can focus on living well and our overall values. In other words, they will help take power away from negative and addictive thoughts that might drive us back into playing video games. The Mindful Gamer compiles multiple audio lessons on ACT and mindfulness practices for overcoming gaming addiction cravings as this is one of the best ways to practice them.

An example of an essential ACT exercise proven to help addictive qualities is defusion. This is all about detaching yourself from your thoughts and seeing them as just a product of the thinking process. This will help prevent you from becoming emotional in the face of negative thoughts and hence make more rational decisions consistent with your values.

When it comes to gaming putting strain on a partner or spouse we need to take into account a few things they can do to try and improve their relationships. Some of the most effective relationship management strategies consist of:

Addiction impacts peoples lives in numerous ways. If you feel like you need to cut down on video games then The Mindful Gamer is always here to help.

There’s no definitive answer to this question. Video game addiction, like any..

Is Video Game Addiction a WHO..

For many people, video games are a fun recreational activity used to enjoy some..

How To Break Your Child’s Video..

It’s worrying to think that children are at risk of any addiction. Many young..